Bacteriophages and Their Role in Food Safety

From the carrots, cheese, and sausage in our fridges to the frozen pre-made meals in our freezer, the food that we consume is under constant threat of contamination by microorganisms that can cause serious illness. These are foodborne pathogenic bacteria, which can cause food poisoning. Although modern food safety and processing controls can largely manage outbreaks of these, food safety incidents do still occur.

The most common foodborne bacteria that cause illness are Salmonella enterica, Escherichia coli, Listeria monocytogenes, Campylobacter spp., and Shigella spp. Consumption of food contaminated with these bacteria is likely to lead to the development of symptoms such as gastroenteritis, abdominal cramps, bloody diarrhoea, nausea, and vomiting. 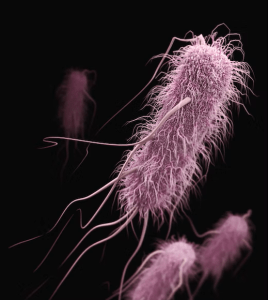 Currently, food anti-staling agents and preservatives are used to ensure food is not contaminated, but this does not solve any instances where there is bacterial breeding, and certainly does not entirely prevent microbial contamination. This is alarming since many foodborne bacteria have developed serious drug resistance. Therefore, it is becoming increasingly obvious that safe and effective antibiotic substitutes for foodborne pathogens must be developed.

One such development is by using lytic bacteriophages to target specific foodborne bacteria in food, without impacting the normal microflora or altering the taste/sensory properties of food. This approach has been coined “bacteriophage biocontrol”. Bacteriophages (phages) are host-specific viruses that interact with bacteria in a very specific manner. Their specificity means that their use can reduce bacterial contamination, and due to their simple structure and non-toxic side effects, their use in the food industry has been deemed highly advantageous.

Bacteriophages are applied in three ways in food processing: primary production, biosanitisation and biopreservation. In biosanitation, phages are used to prevent the formation of biofilms on the surface of equipment used during food production. For biopreservation, phages are used to extend the shelf life of products by destroying any pathogenic bacteria present that may spoil the food and lead to infection.

Picking the right bacteriophage for the job can seem daunting. For use in food processing or safety, the phage viral particles must be stable during production, storage, and application. It must also remain infective from the moment of administration until it reaches its target bacteria. Bacteriophages suitable for therapeutic purposes are usually lytic. This means that following the infection of bacteria, phages result in the destruction of the infected cell and its membrane.

It is advantageous for the bacteriophage to have a broad host range. If one phage does not meet this requirement, then a way to overcome this is to use the ever more popular phage cocktails. This means a mixture of phages can be used at one time – targeting and killing all bacterial strains that may be present in the food. The best mix of phages should achieve the most destruction of bacteria, whilst also minimising the side effects – antibiotic resistance or risk of transfer of toxins. Thankfully, many studies have identified the optimal conditions for these ‘cocktails’ and have been able to recommend the ideal phage cocktail size, a good example being in the case of cheese-isolated E. coli. 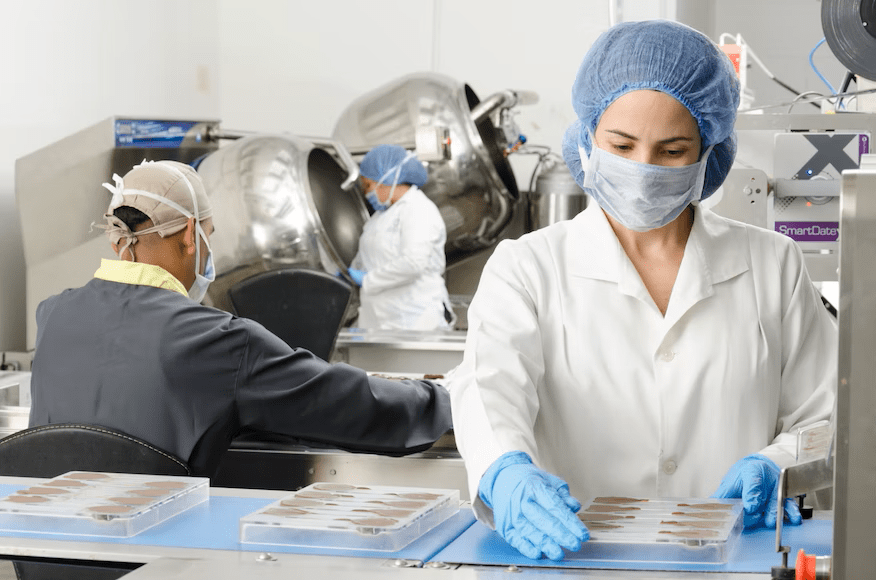 Interestingly, bacteriophage cocktails have been shown to reduce levels of E. coli in tomatoes, broccoli, lettuce, and spinach, after the surfaces they were prepared on were treated with the cocktail. In some cases, phage cocktail use was found to be as or even more effective than a chlorine wash, while being able to combat the bacteria quickly and cost-effectively. It doesn’t just stop with surfaces; phages can also be used for agriculture, where bacteriophages can be used to treat bacterial spot disease on crops.

Bacteriophages are effective when used as an ingredient in cooked meat products to control the growth of Listeria monocytogenes too. Foodborne infections of Listeria yearly exceed 14,000 cases and more than 3,000 deaths (1) since it can survive and grow at typical refrigerator temperatures. When the phage was applied directly to the surface of meat stored at 4°C, there was a reduction in pathogenic Listeria (7). This is particularly interesting because the treatment worked better than nisin and sodium lactate, which are typically used for food safety.

Other meat product studies have also been conducted regarding Salmonellosis infection, which significantly impacts chicken. Chicken thighs and legs contaminated with Salmonella were found to have reduced bacterial levels when a bacteriophage preparation was used during the production process (8). Being able to combat Salmonella directly before consumption means reducing the number of infections occurring, which in 2019 was over 95 million cases and resulted in 50,000 deaths (9). 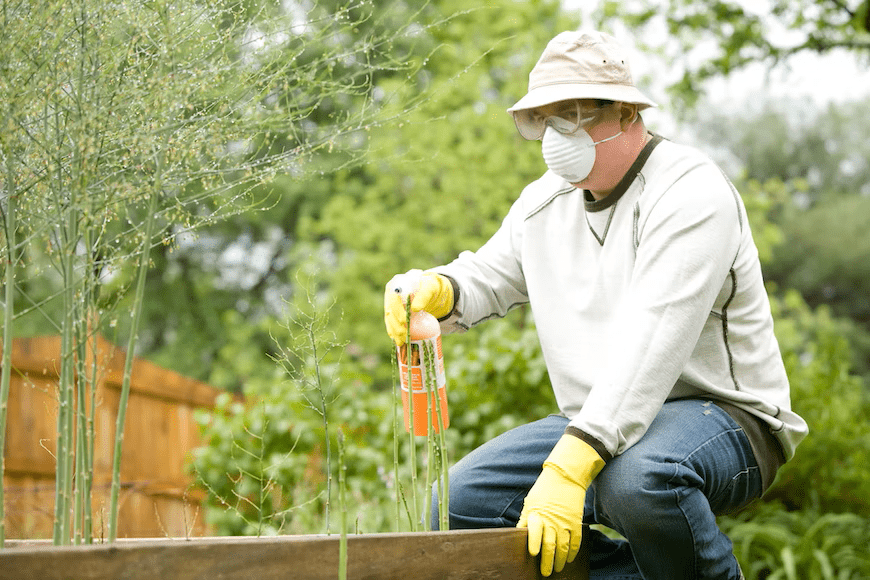 To date, bacteriophages have been used to combat other bacteria as well including; Bacillus cereus in soybeans, Campylobacter jejuni in chicken, Mycobacterium smegmatis in milk, Shigella spp. in chicken and Staphylococcus aureus in milk, as well as many others (10). They have also been used to combat biofilms. Biofilms are complex, sessile (permanently attached) communities of bacteria, and the presence of biofilms in processing plants is largely responsible for the contamination. Phages have been implemented as disinfectants in the food industry, reducing bacterial contamination in food plants (11).

Fixed phage can isolate, identify, and supply bespoke phage cocktails for a wide range of applications – from human, animal and harvest health, all the way to processing health, all for consumer safety. Fixed Phage technology allows for bacteriophage delivery to specific, targeted locations by irreversibly binding the phage to almost any surface. This extends the antibacterial activity of the page from days to years.

A case study used by Fixed Phage looks at shelf-life extension in salads. Thanks to bacteria like Pseudomonas fluorescens, which are capable of growth at low temperatures, processed and bagged salads are highly susceptible to bacteria spoilage during the shipping process. Fixed Phage used a phage cocktail containing several lytic bacteriophages that target salad spoilage. The cocktail was immobilised onto plastic sheets that were then inserted into salad bags. This study found that the shelf-life of the salad was improved by at least one day, a novel and effective strategy to combat food spoilage.

This technology does not just combat food processing, it can also be applied to the start of the chain, in animal feed. As mentioned, bacteriophages can combat infections in animals. Similar to the salad study, Fixed Phage technology allows for phages to be immobilised directly to animal feed, which can then be stored at high temperatures and delivered to animals effectively and safely. Interestingly still, this technology can be applied to aquaculture, where treatment can be concentrated on the animal, rather than treating a whole pond.

Overall, it is clear that bacteriophages have great potential for the future of food safety. This is an emerging and exciting field that is changing the game in food processing and general food/crop health, promising to overcome many of the issues seen through the misuse of antibiotics and the subsequent emergence of drug-resistant bacteria. The results from several studies looking at food safety affirm the importance of understanding the specific interactions between phages and bacteria. Ultimately, the aim will remain the same – to develop the most successful phage applications for the future of our food safety.