The Use of Bacteriophages in the Poultry Industry 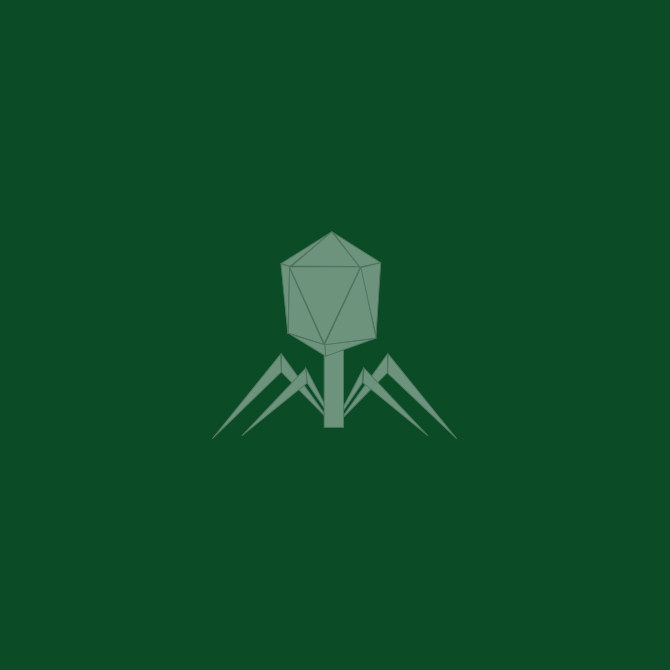 These rules, now enforced by the Food Standards Agency (established in 1999), attempt to ensure that the food we eat is free from contamination from food bacteria, to prevent and control outbreaks of food poisoning.

The meat industry, unfortunately, can be riddled with harmful bacterial pathogens, capable of causing diseases with 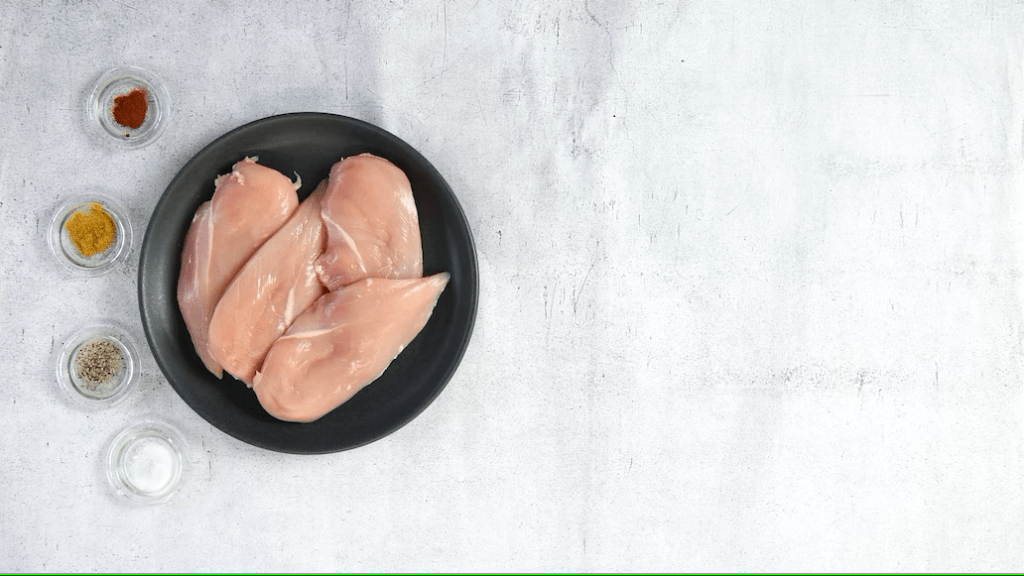 mild to severe symptoms. In the case of poultry, most of the diseases they carry are zoonotic (infectious diseases that can be spread from animals to humans). As such, the poultry industry must innovate to control these zoonotic diseases and reduce food poisoning from chicken.

This is where bacteriophages (phages) come into play. Phages are viruses that target specific bacterial cells, causing disruption of the membrane and lysing of the bacterium. Hence, phages can be used within the poultry industry to target and remove harmful bacteria, using phage therapy, bio-sanitation, bio-control and bio-preservation interventions to reduce contamination and prevent the spread of zoonotic diseases.

Importance of phages in the food industry

Typically, antibiotics have been relied upon to control the spread of disease in chicken flocks. Antibiotics target all bacteria without specificity, the ‘good’ bacteria as well as disease-causing bacteria. However, multidrug antibiotic-resistant bacteria are on the rise, and these ‘super’ bacteria can be easily transmitted between animals and humans.

The mass overuse of antibiotics, particularly in the meat industry, is a significant driving force behind the rise of antibiotic-resistant bacteria. Whilst legislation across the globe has attempted to enforce a reduction of antibiotics in the poultry industry, it has struggled to curb their use. For example, it has been reported that many small-scale farms in Bangladesh use antibiotics without veterinary supervision, supplementing their chicken feed/water with antibiotics in sub-optimal doses.

In contrast to antibiotics, bacteriophages target specific bacteria and thus represent a promising alternative for fighting harmful bacterial pathogens. Many different application areas for phages have been developed within the poultry industry. Phages can prevent the spread of disease by promoting safe production environments on an industrial scale, all the way from ‘farm to fork’. 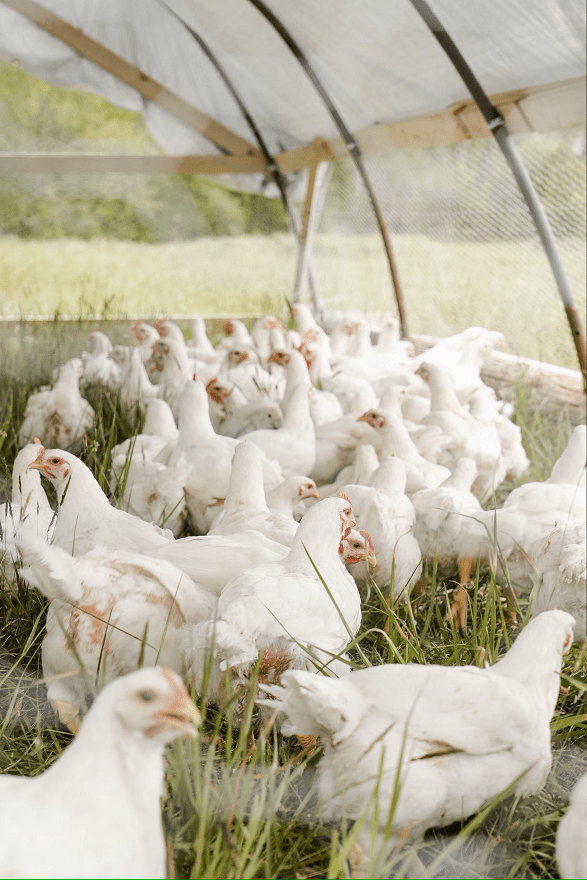 Reducing the colonization of bacterial pathogens within the animals themselves is known as a ‘pre-harvest’ intervention on the journey from farm to fork. Phage therapies are one of these pre-harvest interventions and the first port of call for bacteriophage application in the poultry industry. These therapies can include administering the phages orally, through the addition of phages to chicken feed or water sources.

As well as minimizing the colonies of pathogens in the animals pre-harvest, the use of bacteriophages in the post-harvest phase is just as important in the control of zoonotic disease spread, through bio-sanitation and bio-controls.

Phages for bio-sanitation are used as disinfecting agents on surfaces throughout the industrial production and handling processes. Phages can disrupt the formation of biofilms and prevent bacterial colonization on equipment and machinery. Whereas bio-controls involve the application of bacteriophages onto meat products and carcasses and have been ubiquitously shown in research to be highly successful in reducing the level of harmful pathogens.

The final intervention that is employed with bacteriophages on the farm-to-fork journey is bio-preservation. Phage-based bio-preservation removes and neutralizes harmful bacteria from the final food products, for long-term safe storage of food before consumer purchase and consumption.

Bacteriophages for biocontrol of pathogens in food

The major pathogens that lead to food poisoning from chicken are Salmonella, Campylobacter, Escherichia coli and Listeria monocytogenes species. According to the European Food Safety Authority (EFSA), Campylobacteriosis and salmonellosis were the most common zoonotic diseases in the EU in 2019.

In poultry, Campylobacter species are particularly prone to colonization, as the body temperature of live chickens is ideal for bacterial growth. Many studies report the high prevalence of Campylobacter in poultry, with up to 100% of samples taken from chicken intestines containing Campylobacter. ‘Cocktails’ of bacteriophages (mixtures of different phages) have been demonstrated to provide significant control against Campylobacter in broiler chickens. 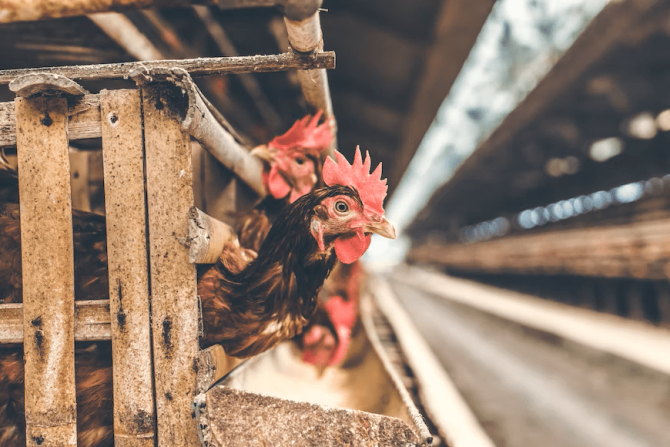 Salmonella symptoms in humans include mild to severe diarrhoea, fever, stomach pains and cramps, caused by the onset of gastrointestinal enteritis. Salmonella species are very common in poultry. The majority of outbreaks of Salmonella food poisoning are caused by eggs, and the highest levels of Salmonella in meat are found in chicken. Research has shown that a cocktail of bacteriophages can be applied in in vitro and in vivo environments to remove Salmonella to an undetectable level.

The application of phages directly to the infection site significantly reduces the mortality rate in chicken flocks due to E. coli. In a recent study, when 108 PFU (plaque-forming unit, number of phages capable of lysing cells and forming a plaque per unit volume) of E. coli phage mixture was applied, no mortality was observed whatsoever in the chicken flocks.

Listeria monocytogenes is a rod-like bacterium that can cause listeriosis in humans, inducing symptoms of diarrhoea, abdominal pain, vomiting and fever. Listeria monocytogenes is commonly found in poultry, due to the bacteria’s optimal growth conditions being high salinity and acidity, as well as refrigeration-level temperatures. It is reported that there are more than 500 bacteriophages that specifically target Listeria species.

Bacteriophages show great promise to protect consumers against food poisoning from the poultry industry. A ‘farm to fork’ approach ensures the neutralization of harmful pathogens along the entire journey from chicken flocks to meat on the consumer plate. This all-encompassing approach includes pre-harvest phage therapies that directly target the animals. Next, it incorporates post-harvest bio-sanitation and bio-control methods that disinfect industrial processes, equipment surfaces and decay products, and finally bio-preservation, which protects food in storage as it makes its way to the consumer.

Fixed Phage works to discover effective phage solutions to your bacterial problems. We address bacterial challenges across the animal health sector, as a replacement for antibiotics and chemicals, to support healthier livestock and companion animals.

Get in touch with us today to discuss the implementation of our technology in your processes, or to learn more about our research and how you can support us in the future.

The agriculture-food industry is seen to play a crucial role in the emergence of multi-drug...

The agriculture-food industry is seen to play a crucial role in the emergence of multi-drug resistant bacteria, with livestock farming accounting for up to 80% of total antibiotic use. Research...

Importance of Phages in the Agriculture Sector Our ever-growing world population requires an ever-growing supply...

Importance of Phages in the Agriculture Sector Our ever-growing world population requires an ever-growing supply of food. Chakraborty et al. predict that global food production must increase by up to...

The Food Safety Act was put in place in 1990 to protect the public, by legislating the responsibilities that food-based businesses have to consumers in the UK. The Food Safety...